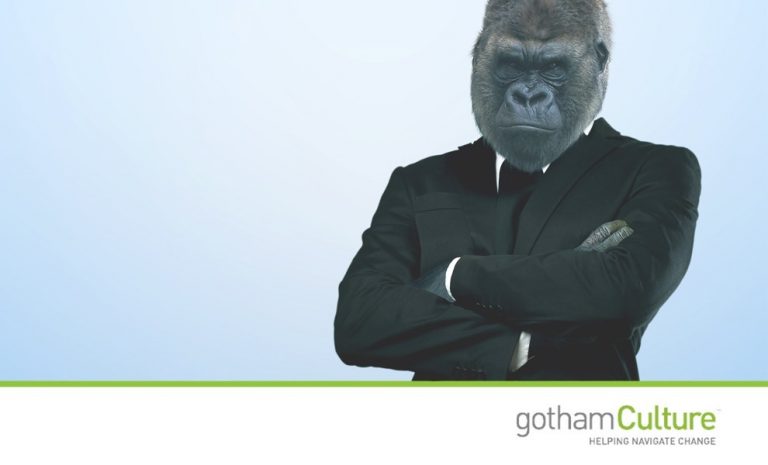 Considering a Mass Layoff? You Might Be a Knuckle-Dragger

This is the person who is still wandering out of his/her cave with a club in search of something to knock in the head and eat for dinner. There isn’t a lot of thought that goes into a knuckle-dragger’s actions. In an office environment, it is the executive that screams at people when they make mistakes. Or a C-Suite that performs mass layoffs.

Yep, I said it. If you do mass layoffs, you are a knuckle-dragger.

According to CNBC, in January of this year, layoffs surged to a 6 month high. Over 75,000 planned job cuts by US-based companies were announced last month. That’s 200% more than December, and 42% higher than this time last year. Two of the major contributors are Wal-Mart and Macy’s, cutting 16,000 and 4,820 respectively.

People try to justify mass layoffs by talking about the good of the company, looking out for shareholders, blah, blah, blah. Here’s what they don’t tell you: They are laying off people because of their failure. Simply put, most executives rely on mass layoffs to compensate for their inability to lead properly and make the right decisions.

A great example is Al Dunlap, aka “Chainsaw Al.” He was famous for downsizing. Everyone thought his methods caused companies to become successful by “cutting the fat.” However, what people didn’t realize was his turnarounds were elaborate frauds. When Sunbeam brought him in to solve their financial issues, he downsized. Sunbeam went bankrupt, and he was caught trying to engineer an accounting scandal.

The Myths and Realities of Mass Layoffs

The simple truth is that downsizing and mass layoffs are BAD for your company. They will give you an uptick in profits at the end of the year if done at the proper time, but they are not a viable long term solution. In fact, in the long term they are detrimental to the sustainability of your company. Here are four myths and realities about layoffs:

Downsizing and mass layoffs are thought to improve the productivity of the organization. It supposedly motivates employees (which we will talk about later), consolidates resources, and makes the organization leaner.

But the simple truth is that organizations aren’t any more productive after a mass layoff than they were before it. The budget sheet looks better because there are less expenses, but productivity doesn’t increase. In fact, studies show you are likely to see a drop in productivity in the short and long term. Here’s why: When an organization has a mass layoff, they usually don’t determine who are the talent players (often because the people making the decision have no idea who they are laying off). So they choose some metric, and get rid of people using that.

Because they are only measuring performance based on a single factor, they get rid of both talented and untalented employees. The result is a smaller workforce, not a more productive one. Often mass layoffs cause employees to look for work elsewhere. Would you want to work where you could get laid off any minute? Usually, the better employees get hired at other places and leave. Once this happens, the level of talent at your organization actually decreases.

Downsizing and mass layoffs are thought by some to motivate employees. They don’t motivate, they distract. Think about it. When a company has a mass layoff, it causes widespread uncertainty and fear. Every employee wonders if they are the next to go. While they might work a bit harder for a short time, they are constantly worried about losing their job.

At best, mass layoffs motivate your most talented employees to look for jobs elsewhere.

Many people think mass layoffs will solve an organization’s financial problems. But rather than actually solving the problem that caused the budget shortfall, layoffs are usually used to offset it. An organization fires a large amount of people to help their budget and then, as things seem to get better, they hire all these people back until they are in the same spot they were in to begin with. 3-5 years later, they have to have another mass layoff. The cycle repeats itself.

In addition, studies show that layoffs actually drag down a company’s stock value.

There is this perception that mass layoffs make companies stronger. They don’t. Usually, its because they don’t solve the root of the problem. The problems might even be making the layoff decisions.

Other than some major external factors shifting without warning, the failures that lead to a mass layoff are the responsibility of the C-Suite. And in the end, it is the failure of company leadership that causes mass layoffs. Sadly, they often don’t see it and aren’t held accountable. Instead, they hold others accountable for their failure in leadership and decision making.

Are You a Knuckle-Dragger?

Think about millennials, for example. We constantly hear companies complain that the millennials don’t want to work for them, or are more concerned with personal gain than their loyalty to the company. I’ve heard many business executives shake their heads, tsk and complain about this behavior. Guess what, knuckle-draggers? You caused it. Who’d want to be loyal to a company when mass layoffs are a just another way of doing business?

Financially, layoffs reduce stock prices. They reduce productivity and cause a need for payouts in severance, plus the cost of rehiring employees as business improves. They cause a burden on the tax payers because of the increase in unemployment recipients. They make people wary of working there, have a severe negative effect on employee health, and often leave the organization with a less capable workforce in the long run.

So, with the overwhelming amount of evidence about the detrimental effects of mass layoffs, why do they still do it? How do we get the knuckle-draggers to put down the clubs, become leaders, and make better decisions?