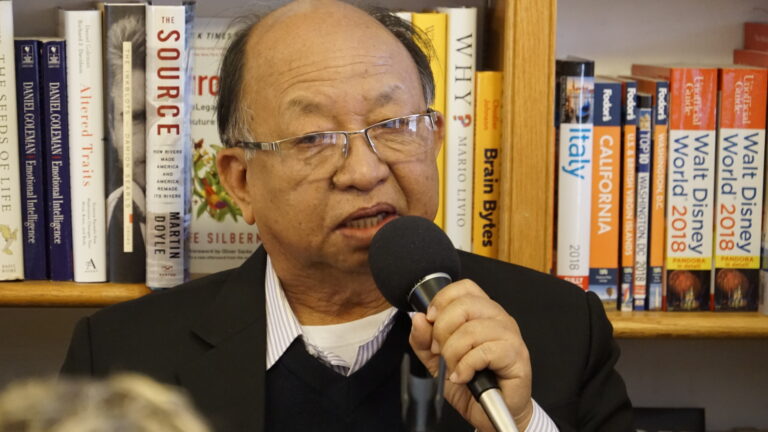 How Do I Find Hope?

This philosophy informs the simplest and most profound outlook humans can hold in their hearts.  It is a quote from one of the men I admired most in the world.

I often ask those around me how they feel about the times in which we live. Many point to the headlines and express various emotions, including a declining sense of confidence, a level of fear they have not had previously, or, sadly, a void in their own sense of hope. They struggle to find the armor of optimism that will allow them to gain perspective and realize that this world has always had enormous challenges and has inevitably overcome them.

Perhaps it is the endless nature of the news and social media cycle that weighs on everyone today. But many of the feelings we have originate within each of us, for it is we who do the work of convincing ourselves, allowing our perspectives to be overshadowed by emotions and the weight of “information” overload that currently exists in our society today.

But we have choice. And we can choose to lean into our own curiosity and regain critical thinking that will allow us to begin to see other possibilities in today’s world, helping us to understand that the totality of today’s issues, while daunting, are not insurmountable. We can once again allow hope to inform our journey in the process.

“The World Looked Away – Vietnam After the War,” details the life of Quoc Pham, a South Vietnamese Naval Officer who endured the horrors of a post-war Reeducation Camp for more than three years, as well as the tragedy of serving as a human mine detector and prisoner on the Cambodian border. Ultimately, Quoc’s journey took him to escape back to Saigon from the camps and then by boat, as he headed into a massive storm in the South China sea, captaining a 37-foot boat with 55 people aboard.

I had the privilege of hearing Quoc’s life and in writing his story. It was a singular honor that gave so many readers the perspective of courage in the face of despair and the gift of hope during the darkest times.

Most human beings never endure or even survive what Quoc Pham experienced. Indeed, many of his fellow prisoners did not escape death. There are no accurate numbers, but well over 100,000 former South Vietnamese military personnel are thought to have died in the camps, with some enduring up to 17 years of incarceration. And hundreds of thousands of Vietnamese “Boat People” are thought to have died while escaping into the South China Sea. And there were those, although relatively healthy, who literally gave up in the camps and died. More than a few died by their own hands.

Then there were those like Quoc, whose unflagging hope could not be extinguished as he helped many of his fellow prisoners survive. He was supported by his wife and family, recovering from a life-threatening medical issue, malnutrition, and brutality by the camp guards. In the face of what others considered to be hopelessness, he let his light shine into the lives of others.

Quoc lived through what many others did not, armed with intelligence, capability and an enduring faith. He saved fellow prisoners in the camps and led 55 others to escape to a U.S. Navy ship. And he made it to the United States and established a life for himself and his family. His life was a series of struggles to be overcome.

As we traveled together on a research trip to Vietnam and on later on book tours, I learned more and more about my friend Quoc. One night we talked well into the night. I looked into his eyes and asked, “How did you survive when so many others did not?” His reply was straight from the heart: “Always have hope.”

My friend Quoc Pham did not survive his final battle, succumbing earlier this year to an illness he likely contracted in the camps. His legacy lives on, though, if we remind each other how he made it through the types of horrors we can never imagine.

We just need to remember what he told me that night. And, I would add, “Be a Quoc!”

This article originally appeared on bostonexecutivecoaches.com.

Dave Bushy of Boston Executive Coaches is a former senior airline executive who works with leaders throughout American industry.

PrevPrevious ArticleHigh-Potential Programs Can Help Some Employees And Hurt Others. Here’s How We Can Design A Fairer System
Next ArticlePivoting For Pandemic SuccessNext