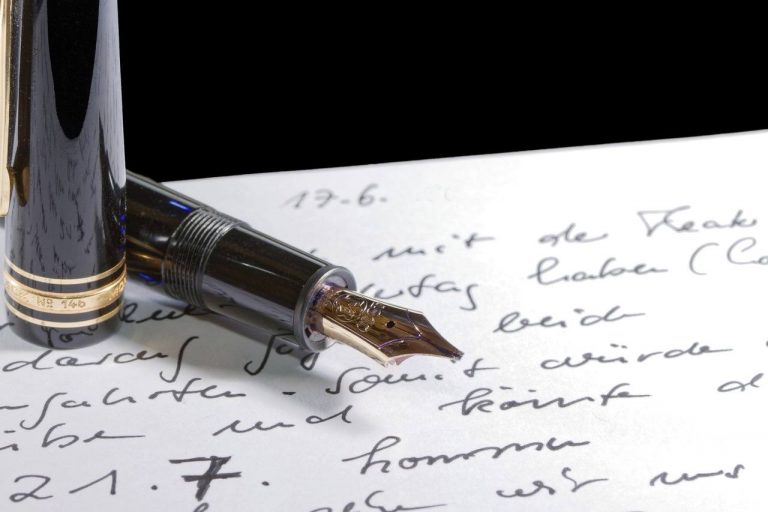 How Do I Communicate Better In The Office And My Workplace? The Impact Of A Hand-Written Note

My nephew attended Basic Training with the U.S. Army. The day he walked into the processing center, the drill instructors confiscated and safely secured his cell phone. They offered no Internet or email access.  Sounds a bit anachronistic, doesn’t it?

The U.S. Army still realizes the power of other forms of communication, including the hand-written letter or note. It might be time for the business world to remember what the Army has never forgotten.

Consider this. My nephew worked long and difficult hours, associating with other soldiers who just weeks previously had been strangers from diverse backgrounds around the United States. The goal of the Army is to instill discipline and knowledge to their new recruits, yes, but it is about something much more important. It is about creating a primary group of human beings who work to understand each other and grow as a community that is mutually supportive and ready to assist in even the most dangerous situations. If the business community was this focused on creation of a primary group, how different might things be?

Absent electronic devices, the young soldiers couldn’t look away from the other recruits and escape to a cyber-community. They had to engage and recognize each other. As we always said in the Army: “Cooperate and graduate.”

When the soldiers in basic training do communicate with the outside world, it is limited to just letters to and from family and friends. Each of those letters from home is tangible, easily stuffed into a pocket or backpack, to be read bouncing along on a truck or in the darkest hours of the night sitting alone in the barracks. It is a touchstone that says, “I am valued,” that does not disappear like an erased text or email. It is something real, with texture and feel, and often a small gift or some food. The cookies I received from my mother while serving in the army might have been a bit stale, but they were part of home and gave me a sense of how much I was loved and valued.

Today in corporate American, we are reflective of the larger society. We text, we use dozens of social media platforms and we send endless emails, which often devolve into a “Reply All” daisy chain that can only be ignored to save one’s sanity.

True, electronic communication is here to stay and cannot be denied. But why not an occasional hand-written note to connect with your people?

After more than 30 years in business, I am still reminded by colleagues and friends, not of the way in which I ran meetings, or gave speeches or wrote reports. Instead, men and women say to me, “The note you sent me that day meant the world to me. You might not remember it, but I do.” Some people still save notes I sent congratulating them for an achievement, or ones where I gave support during a very difficult time.

The same goes for my own recollections – I remember that short scribbled note from the Army colonel who wrote, “You planned well, you executed superbly, and you accomplished the mission.  Congratulations!” So, too, the executive vice president who penned a four-line note to me after the loss of a family member.

We are tactile creatures. We read a note, and we also touch it and feel it. We see the texture of the ink, the folds of the paper and even smudges on the envelope. Each speaks to us in very real ways that no electronic mechanism can replace.

Think about using notes to help you connect with your co-workers, your friends and your family. A thank you note for a gift or kindness is becoming rarer nowadays, perhaps giving it even more power when it is received.

I received a letter from my nephew while he was in training. There was something about it that was magical: First, it was addressed just to me. Holding it was exciting, bringing back old memories, knowing he had taken the time to put pen to paper. I couldn’t leave the post office without opening it! In it, he told me of his training, and his enthusiasm and his joy in meeting other people. The size of his handwriting blossomed at times, shrunk in others – transmitting his feelings and energy. There were a couple of cross-outs where he tried an idea and then changed direction. There was passion in the letter; there was joy in it; and there was energy in it that can only be conveyed with the hand-written note. It touched me in a profound way. I valued it more than he could have imagined.

Perhaps we can all take a lesson from the U.S. Army.

Note: This is the first in a series, encouraging connections between people in the workplace and the world.

This article originally appeared on LinkedIn.

PrevPrevious ArticleRemote Work Teams- There Are Many Fish In The Sea
Next ArticleHow Do I Communicate Better In My Workplace? Try Saying “Amen” At The Beginning Of A Meeting – Not The EndNext