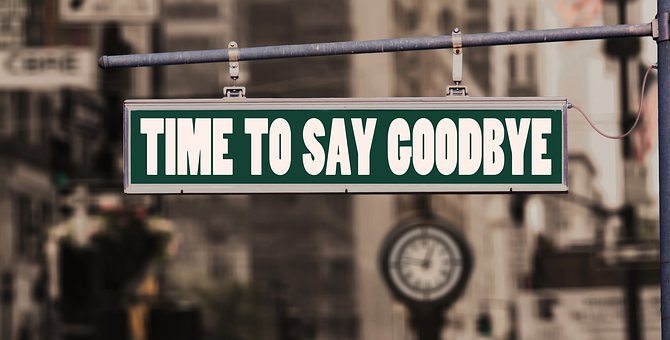 Nine Questions Every Leader Must Ask Before Letting Someone Go

If you have worked in the professional world as a leader for any length of time you have undoubtedly found yourself managing a team member who was failing to live up to expectations. While it might be tempting to cut someone loose if their performance is sub-par, the turnover may cost more than you think.

A study by the Center for American Progress suggests replacing an employee can cost over 20% of their annual salary while the Society for Human Resource Management (SHRM) pegs that number as high as 50%-60%. That doesn’t even take into account the indirect costs, which SHRM suggests could be up to 90% to 200% of their salary.

It’s easy to focus on skills. Job openings are typically placed for your company’s immediate needs and similarly, people are let go when they struggle to meet the expectations they were hired to achieve. What is taken into consideration less frequently is that fact that there is another side to the coin that spans beyond skills. When employees are struggling to succeed, first ask yourself if they’re a cultural fit. If they are, it’s your job as a leader to remove the roadblocks that keep them from using their skillset to push your company forward.

In order to dive a bit deeper into this topic, I had an opportunity to interview Piyush Patel, author of Lead Your Tribe, Love Your Work, is an entrepreneur and an innovator in corporate culture with more than 20 years of experience. As the founder of Digital-Tutors, a world-leading online training company, he has helped educate more than one million students in digital animation, with clients including Pixar, Apple, and NASA.

CC: What are the nine questions every leader must ask themselves before letting someone go?

PP: Is this person in the right seat? Sometimes a person’s skill level may not be adequate for the job they’re hired for, but their skill-set may still be valuable to the company elsewhere.

Do they need more training? In today’s fast-paced organizations, training on the latest techniques and workflows isn’t a “nice to have” anymore.

Do they live the core values? If they’re a great cultural fit, you can save yourself the cost of replacing a valuable employee and damaging your culture by finding a valuable use for their skill-set in the company in another seat.

Is it a leadership issue? Unfortunately, leadership can often set their people up for failure.

How much coaching has been provided? When it is time for someone to be let go, it shouldn’t be a surprise to anyone.

Did we use the GROW model to mediate? Clarify the goals and current reality of the situation while giving them a chance to come up with options. Finally, agree on steps they can take to improve their performance.

Did this person break a policy? Policies come in all shapes and sizes, and most people read employee handbooks like they read the terms and agreement to websites they visit. Clarify the policy in question and make sure it wasn’t a simple miscommunication. Sometimes the message sent isn’t the message received.

Are they derailing our culture by staying? Toxic people can be detrimental to a culture.

Why are they not producing? It’s easy to point the finger at the lowest person on the totem pole for not getting something done without fixing the root problem.

CC: How do leaders share the news with other employees to minimize impact on morale?

PP: Don’t make a knee-jerk decision. Letting someone go shouldn’t be a surprise to the people involved, but depending on the size of your company it may still come as a shock to some.

Start by checking with your local laws to make sure you’re following them, but I would recommend taking the time to explain the decision. Be up front about the steps you took to help get them to where they need to be. This clarifies a pattern of behavior for your team that there will be coaching and training before letting someone go.

CC: Can you share an example from experience of having to do this yourself? What was the outcome?

PP: Jeff was a talented artist. He seemed like a perfect fit into our culture. For years, he helped build many of our artistic standards that defined our growing brand. Jeff’s experience found him blossoming into a leadership role for younger artists hired after him.

All of that changed one day when a startling revelation was brought to my attention: Jeff harbored a prejudice against one of his co-workers.

“Aw, I’m just joking around,” Jeff said when I approached him about his behavior. No. His jokes weren’t funny to anyone but himself. His conduct clearly violated one of our core values, so I let him go.

Immediately after letting Jeff go, I called an impromptu all-staff meeting to explain my decision. For some who were familiar with Jeff’s behavior, the decision wasn’t a shock. For others who didn’t work as closely with him, this was the first time they’d heard about it. My purpose for gathering the whole company up at once was so everyone got to hear the information at the same time.

There was no chance for gossip stemming from multiple versions of the story. I explained the situation in as much depth as I could legally as well as the reason for why I made the decision to let him go. In this case, it wasn’t a skill-related issue that could be trained away. It was clear to everyone that even though Jeff was a high performer in the company, his behavior was breaking our core value of respect. For my tribe, I defined this core value as: We will not tolerate the disrespect of people or property.

Finally, I opened the floor for questions. Again, it was the chance for everyone to get answers at the same time.

To my surprise, some of my employees used this time to express their thanks for making the tough decision to stick to our core values. Even those who weren’t aware of Jeff’s behavior were shocked to find out—as much as I was when I first heard—but they weren’t surprised by the consequences.

CC: What can leaders take away from this example to apply in their work environments?

PP: There are a few key takeaways from Jeff’s scenario that you should start doing today.

The first is a focus on your core values. Clarify them for your team as often as possible. Make sure everyone is on the same page so there’s no room for misinterpretation of what they mean. That sets the expectations that they won’t be compromised. Look for opportunities to reinforce and affirm positive behavior.

Finally, work to build trust with your tribe. If you wait until you need to explain why you let someone go to start building trust with your tribe, you’re too late. The more trust they have in you as a leader, the more they’ll trust you to do the right thing when things go wrong. Should a situation force you to choose between sticking to your values or sweeping things under the rug, you’ll be able to show your tribe that your core values are more than just words.

Making the decision to let someone go is never easy. Sometimes, it is the best solution for your organization and for the person in question. By taking the time to follow some of Piyush’s tips, you can help to ensure that you have exercised every option to reposition an underperforming employee into a role that is a better fit before incurring the financial and morale-related costs that can come with having to replace an underperformer.