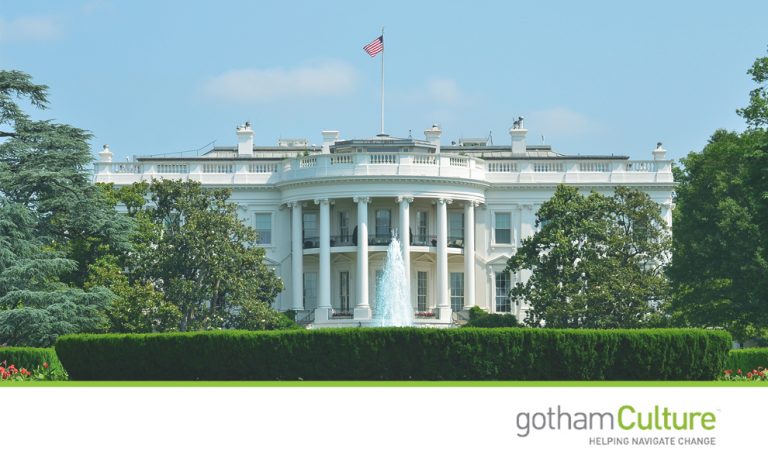 One Critical Lesson From the 2016 Primaries and Party Culture

“Politics is tricky; it cuts both ways. Every time you make a choice, it has unintended consequences.” – Stone Gossard

Talking politics is always a touchy subject, but as we look at the current primary season from an organizational view, leaving the politics of it aside, we have some very interesting issues going on in our body politic right now. And from an organizational development standpoint, these issues provide some lessons that we should consider.

Let’s start with the GOP, as that contest is taking most of the oxygen out of the room. By now, unless you are completely disconnected, you know that Donald Trump is the current leading contender for the Republican nomination.

The takeaway from the 2012 Republican primary was that the length of the primary was too long and did not allow the party to coalesce around the eventual nominee, Mitt Romney. From a financial standpoint, it hampered the party’s ability to spend general election funds, as you can’t do so until the nominee is officially declared. In Romney’s case, that was late August 2012, only three months before the election.

The changes that the Republican National Committee (RNC) made to the rules for the 2016 primaries, while shortening the process, made it very hard for the party to influence the choice of candidate. They did move the convention from August to June, effectively ending the primary campaign early (RNC rules require state party organizations to submit their delegate lists at least 45 days ahead of the convention). But they also made all contests prior to March 15 proportional, which awards delegates by percentage of the vote won. This has the effect of allowing candidates on the fringe to remain competitive in the early voting states. They further vastly restricted the number of ‘superdelegates’; these are the top three officials of each state organization and thus only represent approx. 7% of the nominating vote. Furthermore, they are not really ‘super’ in that they must vote for the candidate who won the most votes in their state.

Put this all together, and the GOP set up a system that, by and large, is very responsive to the will of their members (at least during the first voting round of the convention – but that would be a whole other article). The problem, depending on your point of view, is that there is a significant misalignment between the financial supporters of the GOP and the rank-and-file supporters of the GOP. Hence, you have the establishment candidate, Jeb Bush, being swept from the race in a startlingly short period of time, despite the enormous financial advantage and declared support that he had.

At the end of the day, the base of the party has shown itself to be more aligned with the ideas that a candidate like Donald Trump espouses than those of the republican establishment candidate.

What’s interesting here is that there is a similar misalignment on the Democratic side. Bernie Sanders has gotten a significant amount of traction as the insurgent candidate. The democratic base, particularly those under 30, have shown themselves to be populist as well, and not at all supportive of the democratic establishment candidate, Hillary Clinton.

The difference, though, is that the Democratic National Committee (DNC) established the number of super delegates at 714, which represents approx. 30% of the 2,383 delegates needed to win the nomination. Furthermore, these delegates are free to support whichever candidate they choose. As of April 7th, a vast majority (469), are pledged to Hillary Clinton, vs. 31 to Bernie Sanders.

So what is the takeaway from looking at the primary processes of each of the parties?

Both parties are dealing with significant misalignment between their leadership and their rank-and-file members. However, while the DNC has the ability to steer the nomination of their candidate (up to a point), the RNC has no similar mechanism and thus far less ability to influence the ultimate choice.

This being America, we can have someone on one side saying that this is fantastic and another saying it’s Armageddon. One could arguably say that the GOP has instituted a purer form of democracy in their nominating process. But, judging from the reaction of the party elite thus far, this was definitely not the result they were expecting.

The GOP had a specific goal in mind: shorten the primary season and choose a nominee quickly so that they could then focus on the general election. The recent surge of support for Ted Cruz notwithstanding, the Republican party, like the Democratic party, misread a significant portion of their base. Due to this misalignment, I believe that the GOP would have ended up with Donald Trump as a significant threat, regardless of how they structured their primary. However, the changes they made in order to solve a perceived problem ended up making it even harder to influence the eventual nominee.

The Democrats face the same issues to a certain degree, but there was a much smaller group of candidates, less ideological warfare (no talk of hand size), and they kept a mechanism in place to ensure an influential voice for the establishment regarding their eventual nominee.

The point that I wanted to show here is this: when the culture of an organization is not properly understood, or ignored, even the best-laid plans may result in completely different outcomes than anticipated. Organizations must consider all the factors in their decision-making process and truly plan for scenarios that by all other measures seem unlikely.