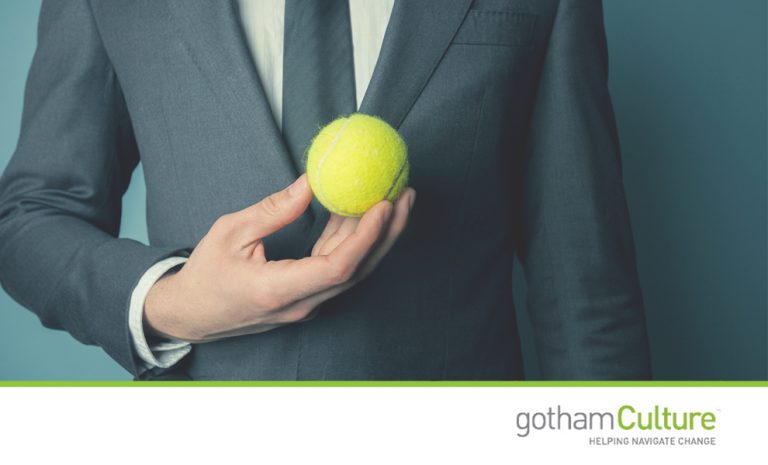 What Sports Can Teach Us About Building Better Teams

According to the Corporate Learning Factbook 2015, U.S. corporations reported a 10% increase in training expenditures last year, to $1,004 per employee. Included in this expenditure number is training in team building.

Given these huge sums of money that companies sink into team building exercises every year, why do these trainings have such difficulty sustaining effective outcomes? The answer may lie in the fact that team building and team training cannot be seen as a one-size-fits-all proposition. They must be specially tailored to fit the kind of team you are a part of. Instead of simply throwing money at more training, leaders of these organizations should be asking, “how can I tell what kind of team I’m on?” and “how can I build my team accordingly?”

Those are the million dollar questions. Luckily, there are some answers.

In an article for The Wall Street Journal, Peter Drucker, a management expert, describes three types of teams that differ in their structure, member behaviors, strengths, limitations, and ultimate purposes. He likened the characteristics of each type of team to either a baseball, football, or tennis doubles team. We’ll explore each type here, along with lessons you can take to hit a homerun, score a touchdown, or ace your next team building training.

The players on a baseball team have fixed positions that they almost never leave. The third baseman is the third baseman, and is paid to perform the tasks of a third baseman for the duration of a game. Once he performs his task of snagging a ground ball, he passes it off to the second baseman, who passes it off to the first baseman to succeed in completing a routine double play. While the task was completed, each individual assignment was accomplished in a silo.

On the surface, this type of team may appear unable to flex to changing situations and environments, but it is a good structure when the game is understood by all players and everyone knows what his or her role is. Another strength of this type of team is that each member can have his or her own goal, meaning that he or she can be held accountable for a specific task’s outcome.

The best way to train a baseball team is to focus on each individual and his or her strengths and weaknesses. Since each position is relatively separate, individuals can be separately developed in the precise areas they are weakest. As each individual improves, the team will also improve in kind. However, no team member exists in a vacuum. Training this type of team should also include a component on the team’s overall organizational structure, so each worker can see where he or she fits in.

The players on a football team have fixed positions like the baseball team, but are free to work alongside each other in a more parallel way. An offensive play that is called on third down requires the effort of each player to perform his job to ensure a successful new set of downs. If even one player does not perform up to standards, the quarterback could be sacked and the play deemed a failure.

In your own organization, you may see this play out in the lifecycle of a new project: each individual has a role to play (whether that is recorder, facilitator, or researcher), and the ultimate success of the product depends on each person working in tandem to complete their own job.

The football team is inherently more flexible than the baseball team in terms of the timeframe of task accomplishment. However, this type of team has stricter requirements, in that it always requires a specific play to be run and usually entails a specific way to perform that play. The individual goals of the football team are tied together, but they may be subjugated to the overarching organizational goal.

The best way to train a football team is to build trust between its members and place a special focus on effective communication. Since each member’s ultimate goal is intricately tied to the success of all other members, trust that other people will perform their own tasks is vital. Effective communication of the present situation and any adjustments that may need to be made to ensure future success must be shared and understood to get the win.

The players on a tennis doubles team are distinct from the baseball or football players in that each player has a primary, rather than a fixed, position. The player on the right side of the baseline may run to get a lob over the head of her teammate, leading her teammate to run to cover the vacated right side of the court.

In your own organization, such a team would not flounder if one member left on a needed vacation. Instead, another member would be able to cover the vacated duties with ease until her return.

The tennis doubles team is highly flexible and adjusts easily to the constantly changing environment in which it may find itself. Since no positions are strictly fixed, members have a wide range of strengths and abilities they can apply to the workplace. Such teams are most successful when they are small and have worked together for a considerable amount of time. However, this team structure may lack the individual goals that it needs to get work done.

The best way to train a tennis doubles team is to ensure that each member is comfortable in his or her non-primary role. This can be done through job rotations and the use of informal mentors, both of which can widen experience and confidence in performing a role that may not be comfortable. An added bonus of a workforce that can flex to different jobs is the creation of an organizational succession plan. With new employees learning from a wide range of other workers, a pool of institutional knowledge can be sustained.

What Kind Is Your Team?

Consider your own place within your team. Do you have a fixed role and structure? Does one or the other vary? Do you have individual goals, team goals, or both?

Once you have the answers to these questions, you can start to build your team up with the right training. You’ll be a World Series, Super Bowl, or U.S. Open contender in no time!

PrevPrevious ArticleWhat I’ve Learned In Ten Years as a Bootstrapped Entrepreneur
Next ArticleDevOps, Culture Change and the Brass Ring of VelocityNext