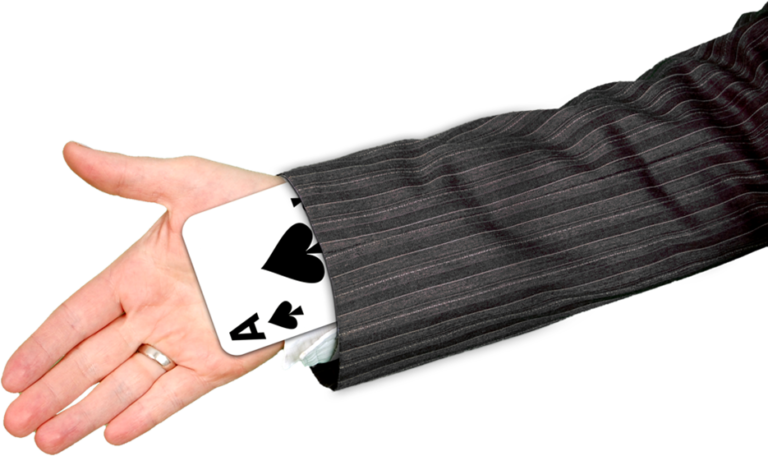 The concept of prestidigitation is central to magic shows.  It can involve a sleight of hand or the ability to distract a person while they are looking at a trick, using misdirection.

Increasingly, the concept of prestidigitation is being employed by social engineers aimed at scamming others, most especially in cybersecurity attacks. Michael Solomon describes it well in an article about the subject.

In working with clients in dozens of companies, I’ve learned that the use of prestidigitation is not limited to magic shows or cybercrime. Leaders in organizations can use the concept, oftentimes without others even knowing how effectively it is being employed.

A client spoke to me a few weeks ago about a project that had taken on what appeared to be undue prominence within the organization. The individual who was promoting it had been highlighted as a “Shiny Penny,” and his work was seen as the cutting edge for the future. I asked my client what they were seeing and then transitioned to what they were not noticing.

“I think there is a larger game afoot,” my client perceptively commented. “And that is to drive the agenda for a fundamental shift in the business.”

My client had noticed something that was not readily apparent – they had seen and recognized the prestidigitation of an organization.

Sometimes it is relatively easy to see, but only if you can allow your focus and perceptions to change. Answering questions like “Why am I so concerned about this one thing?” Or, “Is there something I’m missing?” can shift the perspective and allow you to see something that has not been in your view previously.

I worked for a Fortune 50 company as a senior executive. I would spend weeks preparing to pitch my $3 Billion budget, trying to anticipate every nuance and question that would be asked. One of my counterparts, with a budget of almost equal size, would often ask me why I was working so hard. Then he would walk into the senior meeting and wait for the right moment and ask a seemingly innocent question like, “Why are all of the shipping costs in my budget when all of our departments ship items?  It doesn’t seem fair that I have to swallow the $75,000 in my annual budget.” He’d pause and look plaintively, knowing he’d thrown out some bait.

It didn’t take long to elicit a response. Senior executives who were used to knowing every answer would look at each other and immediately spring into discussion and problem-solving – they did not want to look unknowledgeable or stupid. My colleague would step back and watch the show, maintaining a neutral and understanding stance. Oftentimes 20-30 minutes of discussion would ensue and invariably there would be less time for questions about his $3B budget. Fewer barbs came his way and frequently his budget would survive intact. And the next year he would find a different tack to derive a similar outcome. It never ceased to amaze me.

He was an expert in organizational prestidigitation.

Some of us are so transparent that we do not have the ability to be like my former colleague.  But all of us have the ability to heed our own intuitions, like my client did, and step back, slow down, and assess if the organization has been overtaken by a sleight of hand.

The hand might be quicker than the eye for a magician, but that is not always true for perceptive leaders.

Dave Bushy of Boston Executive Coaches – is an ICF-certified coach who was trained at the Gestalt International Study Center (GISC).  He is a former U.S. Army officer and senior airline executive who works with leaders throughout American industry.