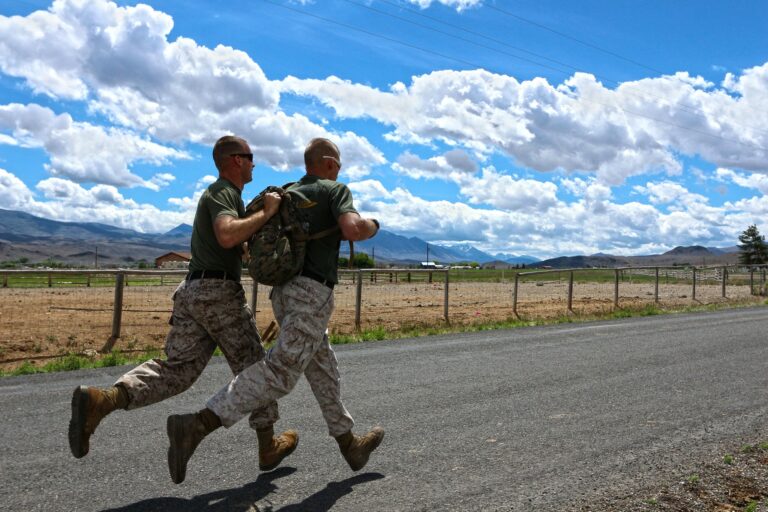 It seems like a lifetime ago that I was sitting with another G.I., commenting about my commander in the military.  The animated discussion I was engaged in was with a non-commissioned officer – a “NCO” –  commiserating about actions my commander had taken and how I wish he could somehow be different.

The NCO, a U.S. Army E-8, listened intently and heard my complaints – and my venting – for long minutes.  When I finally stopped, he simply smiled and asked,

“So who are the two best bosses you’ll ever have in your career?”

Non-plussed by the question, I sat there in silence, not really knowing what to say.  By then I had spent enough time in the Army, though, to realize that a senior NCO draws on a lifetime of experience leading people.  For those open to learning, top sergeants are always ready to provide perspectives, often in the form of parables or aphorisms.

The First Sergeant let his question sink in and then restated the question more succinctly:

“Who are the two best bosses you’ll ever have?”

As he continued to smile, he provided an ample pause for thought and then slowly offered this answer:

“Think about this, it’s simple:

The guy who just left and the one who’s coming next.

We hardly ever see the current boss as the person who meets all of our needs.”

My first reaction was that the first sergeant was playing games with me.  I laughed and told him that it didn’t make sense.  He grinned and just stared back, challenging me to think about what I had just heard. He slowly sipped on the black coffee contained in his favorite mug, stained from years of use, patiently letting his message sink in.

The meaning of that first sergeant’s message came to me slowly that day.  And I’ve often thought about it in the years since.  Our perspective as human beings is so often shaped so much by the wish of what we really want or need that we don’t take the time to appreciate what we have.  And we spend so much time wanting our boss to change (or our co-worker, our friend or even our significant other) that we don’t realize that while we can’t change others, we can always change how we react to them.  We can become so hardened in our position that eventually we come to believe that the best solution is that the boss simply “should” change.

I know that many readers have examples of “yes, but” that includes their own “impossible bosses,” who make life miserable for others or just don’t know how to lead.  There are indeed situations that may well be untenable.  In such cases, there are limited options for a person, including suffering through it or, if possible, leaving the job.

And yet so often it is valuable to realize that the boss has his or her own capabilities, just as we do.  And his or her styles might well work for most people.  Understanding how our boss approaches the world is indeed the most important step we can take.  To do that, we must first “meet them where they are.”  That involves making human contact and connection with the coworker who happens to be your boss.  And that may be well be the most difficult step, especially if we are fundamentally different in our approaches to the workplace and the communication inherent in it.

An important thing to remember is that we can feel resistance in ourselves when someone is different from us.  That resistance must be met with curiosity about what we are truly feeling.  By naming it – be it discomfort with communication styles or even values – we can help ourselves name that discomfort.  And understanding that the boss can feel resistance towards you is of equal importance.  Again, curiosity is our best approach to lean into the resistance we think we feel from the boss.

I have worked with clients who avoid their supervisor or manager because they feel their boss doesn’t understand them.  Initially, this might help us cope, but it can’t help us understand how we can change the way we react to them.  It’s best to lean into what we feel as resistance and use curiosity as our best tool in such situations.  Think carefully about how you word questions to anyone and especially your boss.  The open-ended “What communication style works best for you?” opens up possibilities, while something binary like, “You don’t like my emails do you?” can foreclose any connection or growth.  So too, the statement “I’d value time with you,” is an opening to a larger conversation that can be filled with development of the relationship.

There will always be bosses with whom you just “click.”  And there will be others where you have to work hard in establishing how you react to them.  My guess, based on that old first sergeant’s advice, is that one of those will be the best boss you ever had.  It’s your choice.

Dave Bushy of Boston Executive Coaches is a former U.S. Army officer and senior airline executive who works with leaders throughout American industry. This article originally appeared on bostonexecutivecoaches.com.