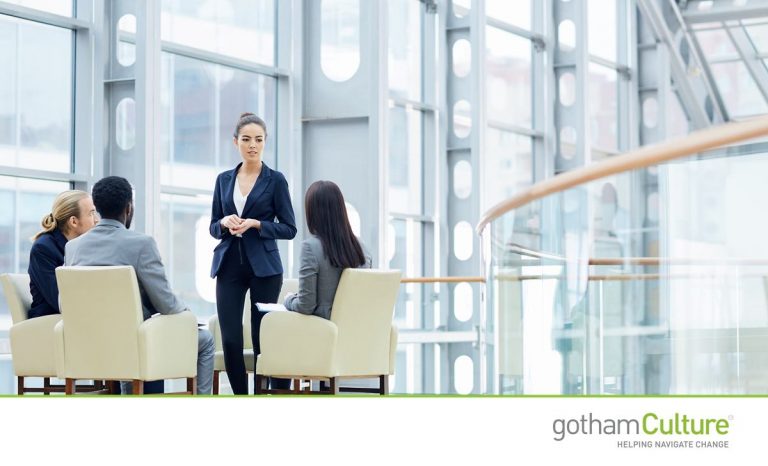 Can We Use Parallel Processes to Solve Organizational Problems?

In 1989, Kenwyn Smith published a study entitled “Fix the Women”, describing a consulting situation characterized by fighting between two women in a troubled unit of a state hospital. After assessing the behaviors, the researchers determined the women’s hostility was actually fueled by feelings of competitiveness among the three senior men in the unit.

This is a phenomenon called parallel process thinking: when dynamics of one system are picked up and enacted by another system. In this case, the competitive dynamics of the men in the hospital unit fueled the conflict between these two women.

Consultants don’t always think of the theories associated with the work we do. They become part of us and our work. We talk to people and through years of experience, theories in behavioral science organically drive what we do, how we speak to people, how we solve problems, how we help, and how we advise.

When focusing on results with clients, especially within a limited timeframe, energy is usually spent toward practical application. But this theory is important because it affects everybody. If you can understand parallel process thinking, then it has potential to serve as a guide for better problem-solving.

So let’s examine this idea of parallel processes.

What is Parallel Process Thinking?

Psychologist Clayton Alderfer’s classified parallel processes as part of his Five Laws of the Embedded Intergroup Relations Theory. He theorized that “parallel processes occur when one [team] projects elements of its condition onto the other, and the other absorbs what is projected.” Affected individuals can show either identical or opposite behavior. (The more similarities among the group to begin with, the more likely that the behaviors will be the former; the less similar, the more likely they will be the latter.)

Alderfer’s theory argues that within systems, there is a naturally occurring tendency for parallel changes. He states, “Parallel processes are naturally occurring phenomena. They occur within [individuals/teams] of the same order and across [individuals/teams] of different orders. They include effects on individual psyches, in interpersonal relationships between individuals, between persons and groups, across subgroups within groups, and among groups.”

There are certain identifiable characteristics of a parallel process in action. Emotional intelligence, and particularly self- and social-awareness are extremely important in recognizing this phenomenon because in order to identify it, you need to access how you’re reacting emotionally and what you are perceiving. Are there distressing emotions popping up out of nowhere? Do you not feel like yourself? Is there a noticeable change in the relationships you have with people, or do you see a shift in the dynamics between people on your team? Is there a new discomfort on account of change in another system? Is there a mirroring struggle between other groups?

You may observe discomfort in many forms with parallel process thinking, including frustration, projection, a feeling of being overwhelmed or a general feeling of instability, and unwarranted changes in moods. But, if you can tap into your social and self-awareness, you will increase your chances of picking out parallel processes at play.

How Can We Benefit From Parallel Process Thinking?

Why are we talking about parallel process? Because it is natural and above all, useful.

The realization and acceptance that your feelings are not always your own is perfectly normal and undoubtedly important. “Parallel processes can be set in motion in many ways,” writes Alderfer, “and once initiated, leave no one immune from their influence.”

If recognized and observed correctly and at the right time, then discomfort associated with this phenomenon can very quickly become advantageous to you and to your organization. We have all heard and, I’m sure, felt transference of emotions at some point. Oftentimes it happens at emotionally charged moments in our lives.

When a parallel process is at play and you know it, you feel it, and this can bring a lot of insight. On an individual level, you can begin having conversations with other people and tracking how many similarities there may be. You can also use yourself as a tool to solve problems if you are in this situation (i.e. if a change is affecting you negatively then there is a high chance that it is affecting others negatively as well).

On an organizational level, parallel processing is data. Smith’s study, “Fixing the Women”, shows that visible behaviors are not always the cause of conflict. In fact, it was really about addressing and fixing the dynamics of a smaller system within the organization: the men in a different department. When these consultants recognized the dynamics at play, they were able to make significant changes in the organization.

If your company is going through major organizational change, you may want to hone in on the patterns of behaviors of those around you as well as your own actions. This heightened awareness of parallel process may very well lead you through your biggest organizational challenges.