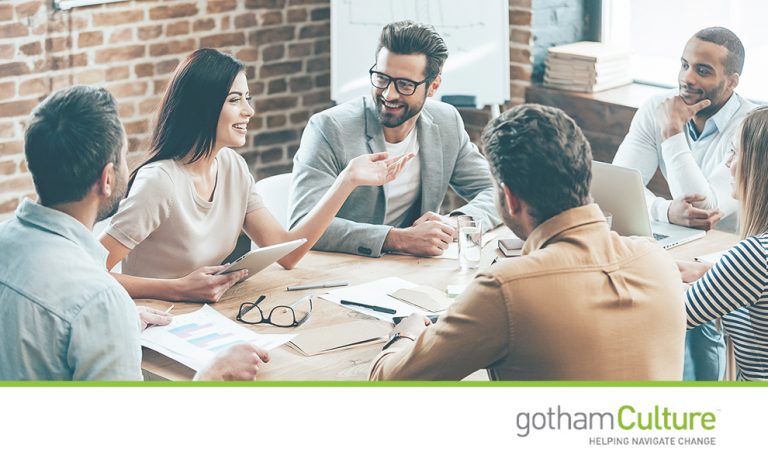 Amazon is arguably the picture of ultimate success in the world of business. However, its cut-throat internal business practices – including long hours, decreased time spent with family, and a lack of adequate vacation time – have led to high burnout and attrition rates within the company.

Although cut-throat organizations like this may seem to always succeed, there are numerous hidden costs of such a culture, including health care expenditures and employee disengagement.

The American Psychological Association estimates that more than $500 billion is siphoned off from the U.S. economy because of workplace stress, and 550 million workdays are lost each year due to job-related stress. In studies by the Queens School of Business and the Gallup Organization, organizations with low employee engagement scores experienced 18% lower productivity, 16% lower profitability, 37% lower job growth, and 65% lower share price over time.

Considering the wide range of possible KPIs available, engagement has consistently been shown to predict well-being beyond anything else. 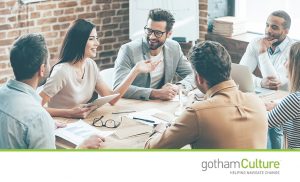 So, how can an organization increase engagement and subsequent well-being? A positive and unselfish culture is one answer. The book “Help the Helper: Building a Culture of Extreme Teamwork”, by Kevin Pritchard and John Eliot, outlines what it is that makes any team, from business to sports, successful. This success stems from encouraging a culture of unselfishness.

From “Help the Helper”, here are three ways for you to assist employee well-being within your organization:

1) Promote unselfishness in your culture

There are three types of teamwork cultures that you can find in your organization.

First Order Teamwork is found when a culture is pinned on one person or leader. Whatever the leader says is what the organization does, for better or worse. Tom Brady and Peyton Manning are two NFL quarterbacks and leaders that create this culture of First Order Teamwork. When this icon is taken away, confidence and strength decrease while mistakes increase.

Second Order Teamwork is found when a culture is pinned on a policy or a way that things have always been done. Looking to a team’s franchise handbook for all policies, philosophies, plays, and regulations characterizes this type of teamwork.

Third Order Teamwork is found when a culture is unselfish and teammates help each other complete tasks. Helping takes precedence over to-do lists as the primary driving force of day-to-day work. It’s the kickers on a football team that are the ultimate helpers. These Adam Vinatieri’s of the world are responsible for winning plays, but rarely get MVP awards for it. They bring their team to victory through supporting their teammates.

Understanding the differences between these three Orders of Teamwork can help your own organization transition to Third Order Teamwork. Once employees start engaging in this type of unselfishness, it is only a matter of time until it becomes the accepted way that things get done in your organization.

As your organization looks to perpetuate unselfishness into the future, it is important that a central focus of recruiting is “hiring the front of the jersey”. This means finding employees who value the identity of the company over their own, and who wonder how their own reputation can contribute to that of the team’s. Herb Brooks, when coaching the 1980 U.S.A. hockey team during the Olympics, drilled this idea of front of the jersey pride into his players’ heads. He valued players who would be a part of Team U.S.A. more than players who were self-interested in their own names and statistics.

Finding these people through an interview can be challenging for an organization. A good measure to find this type of mentality is to figure out how potential candidates deal with failure. Anyone can look great if everything is clicking. It’s a true measure of personality and perseverance if a candidate deals with failure in a positive and productive fashion. To keep a culture of unselfishness going, teammates have to be adept at handling unpleasant situations and encouraging their teammates when they are going through a slump.

3) Be a leader who lets your workers take control

Once you have your culture and team in place, how does a leader continue to perpetuate unselfishness? The answer may seem counterintuitive: take a step back and let your team do what they’re best at! This means giving your workers increased responsibility, or the “freedom to”.

There are three ways to give your workers more “freedom to”. The first way is to admit that you don’t always have the answers. When you make everything too programmed, it takes the joy and “freedom to” out of it. This can happen to marathon runners who are training too hard, with too precise a regimen: they stop improving and have less productive workouts. Reinvigorating a love of the sport with increased “freedom to” make adjustments and changes to a daily regimen allows for more growth.

The second way is to reduce the constant stream of feedback. Too much analysis can lead to a paralysis of action and an increased struggle to perform.

The third way is to show that you care. Leaders should both focus on taking weights off the shoulders of their workers and on watching, listening, and observing their workers. This allows workers to feel valued, which trickles down to others.

By promoting unselfishness in your culture, hiring the right people, and being a leader who lets workers take control, your organization can take active steps to avoid some of the pitfalls that exist in cut-throat organizations. What one action could you take today to perpetuate well-being in your own workplace?