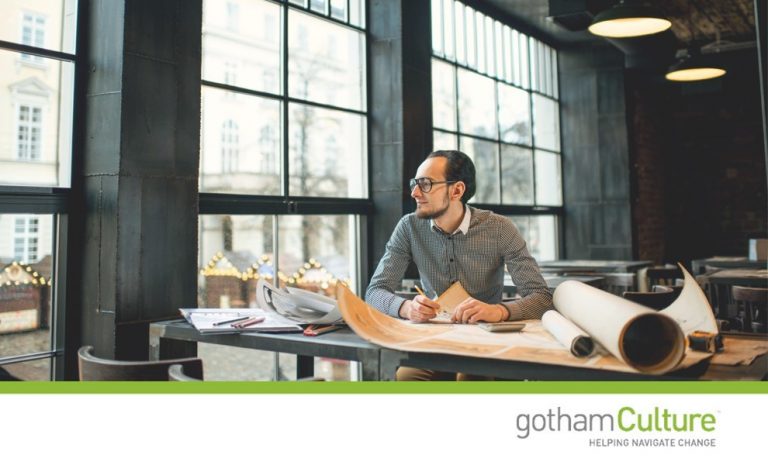 When thinking about ways to encourage employee engagement, many leaders rely on costly interventions, activities, and incentives in an attempt to force engagement through participation. Unfortunately, such approaches can be not only expensive, but also uninspiring and ineffective.

However well intentioned, employees likely won’t buy into these initiatives unless they are already actively engaged in the organization and their own roles within it. Such initiatives are likely to miss the very employees they need to reach the most.

What if organizations empowered their employees to become more engaged on their own? Rather than forced activities and incentives around stringent job roles, what if employers enabled employees to reframe and reimagine their own jobs to better fit their skills and interests, engaging them in a way that makes their work more personally meaningful without top-down intervention?

What Is Job Crafting?

Job crafting is the term organizational researchers use to describe the process through which individuals shape their personal experiences at work to increase meaningfulness, leading to great satisfaction and engagement.

Jane Dutton and her colleague Amy Wrzesniewski originally discovered this phenomenon while studying hospital janitors in hopes of better understanding how individuals cope with jobs that consist of undervalued work. In so doing, the two researchers found that some of the janitorial staff saw themselves at an integral part of the entire hospital care staff, rather than simply janitors.

These janitors, despite having identical job roles to others, went above and beyond. Some befriended patients and their families; others brought tissues, water, or a smile. In short, these janitors continued to do their core tasks (i.e., keeping the hospital clean and tidy) but then chose to expand their responsibilities to include tasks that meant more fulfilling work for them and greater benefits for the patients and the hospital.

So, what does this mean for you and your employees? Even though the work to understand job crafting began with janitors, job crafting enables every working individual to tailor their job to better fit their skills and interests.

The Three Types of Job Crafting

Task crafting describes how employees modify the responsibilities specified by their job descriptions to increase task significance, variety, or identity. This can be achieved by adding or subtracting tasks, modifying the tasks themselves, or altering the amount of time, energy and attention allocated for particular tasks.

Relational crafting describes how employees modify how, when, or with whom they interact while performing their jobs. This can mean adapting and growing current relationships so that both parties can provide and receive valuable support, and/or building new relationships for increased variety.

Cognitive crafting describes how employees can modify their interpretation of their current tasks and relationships to increase meaningfulness. This can mean thinking about the impacts of smaller tasks in the greater context of your job as a whole. It can mean thinking about individual pieces of a job, like particular relationships or projects that are satisfying and meaningful. It can also mean building connections between tasks or relationships at work with skills, abilities, or interests from outside of work.

Employees each choose to engage in the job crafting behaviors that help them build the job that is right for them.

How to Enable Job Crafting In Your Organization

Here are three guidelines to follow in order support job crafting in your organization.

Employees can engage in job crafting behaviors when they feel like that have the room to do so. Empowering employees by giving them latitude in how they perform their job allows them to carry out their work in ways that are satisfying and meaningful to them.

Learn to craft your own job by reflecting on what parts of your job you find most meaningful and which are less satisfying. Are there interests, skills, abilities, or relationships you would like to incorporate into your role? By determining what you can modify about your own job to increase your engagement at work, you may motivate others to be thoughtful about how they can craft their work.

Make yourself a resource and a mentor

Even though job crafting is primarily self-driven, you should make yourself available to coach your employees while they learn about, and experiment with job crafting. By serving as a sounding board for new ideas and questions, you can guide employees toward productive behaviors and help them identify what may not be as beneficial to them or their growth. By serving as a resource to your employees, you can help remind them of limits as well as expectations that may affect their decisions.

As a leader, allowing flexibility around job roles and responsibilities might feel daunting. It might also be exciting, yet intimidating to your direct reports. But, by empowering your team to adopt more personally meaningful work into their current roles, you’re showing them that their interests and goals are important to you and the organization as a whole.

By giving them flexibility and guidance, they can ultimately find self-tailored ways to further engage in their own role. And that will be far more effective for them, and your organization in the long term.