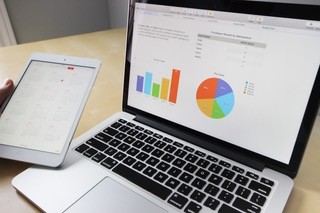 How Do I Communicate Better In My Workplace? Try Saying “Amen” At The Beginning Of A Meeting – Not The End

How can I communicate better with my team?  How can I run a better meeting?  How do I make sure my people are “present”?

Try saying “Amen” at the beginning of the meeting, not the end.

We’ve all been there.  As people finally straggle into a meeting it inevitably begins to look like the beginning of some prayer session.  Heads are bowed, the attendees looking down at their hands, reverently silent.  At first, it looks like church – then we see the furrowed brows – and the telltale thumbs and fingers flying.  Texts fly into cyberspace and pages on social media are frenetically swept aside.

Everyone is in the room, but many are not “present.”

The chair of the meeting, if she or he is prepared – and not looking at a device – brings attention to the agenda and starts the session.  While some participants look up and become engaged, other heads stay bowed giving varying amounts of attention to the people around the table; a few open laptops and claim they are viewing the agenda.

As the chair works to bring focus and meaning to the session, an energy permeates the air – an energy marked by a level of inattentiveness and distraction.  The chair senses this, gets concerned and encourages greater participation, but worries that being too direct will be against the cultural norms of the organization – or even hurt the feelings of those at the table.  The chair just hopes that modeling good behavior might be enough – act engaged and others will follow!

Team members take turns discussing issues or presenting, and the chair becomes hopeful that everyone is entering into the spirit of the meeting and focusing on the agenda.  But still, while some appear engaged, others cast furtive glances to their various devices.  The chair works valiantly to bring everyone into the session.  After someone speaks, the chairperson decides to check-in to see how it was received:

“Bob, what do you think of what Susan just said?”

One of several answers can occur:

Each answer signals inattention.  The pattern is repeated for an hour or so and the meeting eventually grinds to its own slow death.  People walk out of the room, most looking down at the device in their hands.  Some even derisively comment, “Well, that was another wasted hour.”  While they feel smug and somehow removed from the chairperson’s “failure” to run a good meeting, few recognize that they all own that failure.

If this sounds familiar, how do you handle it?

Try “Amen” to open your meeting.  In a spiritual setting, the word means, “So be it.”  It can mean much the same in the corporate world.

By intentionally using the word “Amen,” you send a very clear signal to the members of your team to leave their electronic tethers and the world of cyberspace to join the small group of humans intent on discussing and resolving key issues.  It helps to make it humorous, but the meaning should be clear.

You are effectively asking those in the room (and even those on-line, which is yet another challenge) to be present, to participate and make a meaningful contribution.  Many will resist and tell you, “I’m really good at multi-tasking.”  That is a storyline most of us have created that is not based in neuroscience.  While we are often effective at rapid serial processing, we delude ourselves into thinking this is multi-tasking.  It’s not.

There is only one way to be in the room and participate.  That is by being fully present.  When we are fully present, we are focused and engaged – and effective.

As soon as we leave the room by entering into cyberspace, we may as well not be there.

So try saying “Amen” at the beginning of the meeting.  If you’re prepared with a good agenda and know how to lead a team session, I guarantee it will be more effective, and probably shorter.  Just don’t be afraid try it.  Maybe a few hurt feelings are worth it.

Dave Bushy is retired airline executive with a successful executive coaching practice.  He holds a master in industrial relations from the University of New Haven.

Note: This is the second article in the series, encouraging connections between people in the workplace and the world.

PrevPrevious ArticleHow Do I Communicate Better In The Office And My Workplace? The Impact Of A Hand-Written Note
Next ArticleCreating Lasting Impact As An Interim LeaderNext