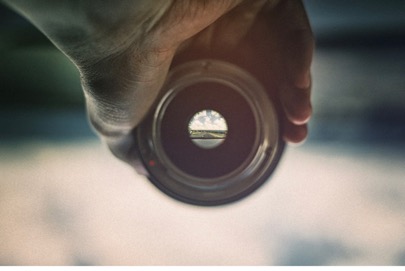 How Do I Meet My Goals? Hitting a Moving Target

When I served in an Army tank battalion we were taught marksmanship; first at stationary targets, and later, at moving ones. In the classroom, we learned that if the target was moving left or right you had to aim a bit ahead in the direction it was traveling in order to hit it. As we transitioned to ranges with actual moving targets, we had to compensate for vehicles that might be maneuvering at what then seemed like incredible speeds, sometimes as high as 30 mph.

The best marksmen and tank gunners were those who fired an appropriate distance ahead of the vehicle. We called it “Leading the Target.”  The finest gunners would apply mental feedback loops to compensate for windage and smoke.  Initially coached by experienced tank gunners, they asked themselves a hundred questions and later developed shortcuts for answering them. Today we call those shortcuts heuristics. Others call them intuition.  Either way, all are based on gathering information and awareness about one’s environment and then making meaning of it.

Targeting and marksmanship are metaphors often associated with leadership and business. “Right on target,” “Straight-shooter,” or “Bull’s eye” are not uncommon terms thrown about in corporate settings.  But “Leading the Target,” has often drawn blank stares from my colleagues. It shouldn’t. Business is moving at a speed considerably faster than 30 mph.  And, unlike modern tanks with computers and predictive gun sighting technology, it still takes leaders and teams working together in an organization to effectively stay ahead of the speed of change.  Leaders and teams, not unlike marksmen and tank gunners, must determine which organizational challenge or target to concentrate on and how to effectively “hit” it.

The gunners in tanks who failed to hit the target inevitably struck where the target had been, not where it was. Their next round often failed to hit as well, since they were now playing catch-up, instead of anticipating the rate and speed of the vehicle.

Sounds a bit like the business world, doesn’t it? Oftentimes we set out to attain a goal and fail to realize that the situation it is based upon is changing. We don’t recognize that the target is “moving” and therefore expend our metaphorical ammunition into thin air

Leaders can learn to “lead the target” in project management  by using the same techniques I  was taught so many years ago :

You won’t always hit it, but you will have developed skills to improve your approach to the many issues you confront each day and learn to compensate for the speed at which they are moving.

There was a considerable amount of training involved for the best gunners back in the Army. And there was even more coaching as they were taught to carefully determine the identification of the vehicle and calculate its angle, speed, direction, and acceleration or deceleration. Similarly, an Executive Coach can help you as you work to build awareness and come up with action plans for the challenges you face. The skills you learn about yourself in working with a coach are invaluable as you confront your personal and professional challenges.  A coach can help guide your learning and development getting you closer to precision in Leading the Target.

An old sergeant once told me, “Shoot where it’s going to be, not where it is.”  The same goes for business and always will.  It’s called “Leading the Target.”  Good luck meeting your goals!

Dave Bushy of Boston Executive Coaches is a former U.S. Army officer and senior airline executive who works with leaders throughout American industry.

PrevPrevious ArticleHow do I reach people I disagree with?
Next ArticleHow to Leverage Your Culture to Weather Any StormNext